The richest person in the world has got even richer, as the surge in Amazon’s share price saw Jeff Bezos becoming the first person have their fortune break the $200 billion barrier.

On Wednesday afternoon, as Amazon’s soaring stock rose by a further two per cent, that added $4.9 billion to Bezos’s fortune.

The increase, Forbes reported, meant that, as of 1:50pm EDT on Wednesday, Bezos was worth $204.6 billion. 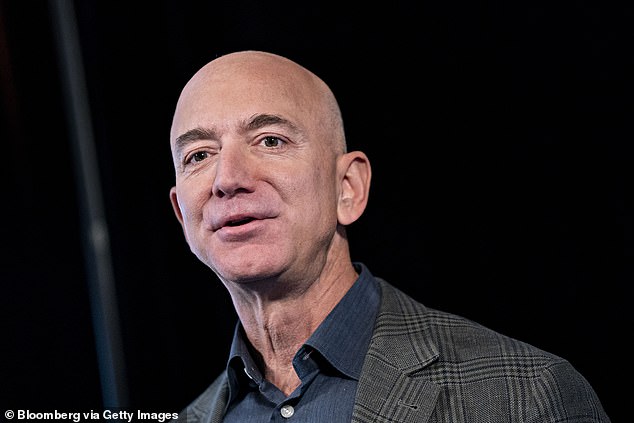 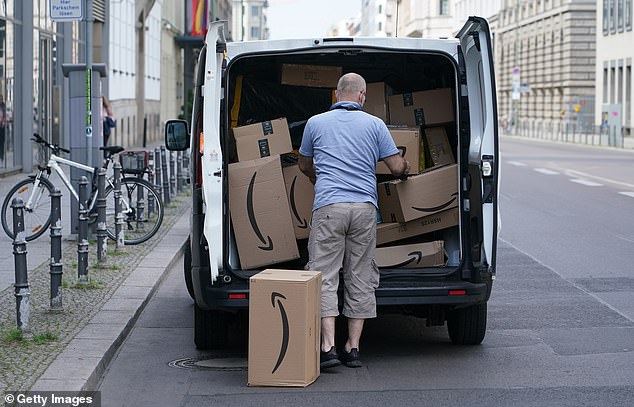 The Microsoft founder, 64, was the first person to be worth $100 billion.

Near the height of the dot-com bubble, when Microsoft reached its then-peak in 1999, Gates’ net worth surpassed $100 billion, roughly $158 billion in today’s dollars.

And Bezos would have been worth even more, were it not for the world’s most expensive divorce.

Last year, in July 2019, Bezos finalized his divorce from Mackenzie, his wife of 26 year, and gave her 25 per cent of his Amazon stock as part of the settlement. She worked for the company and played a major role in its early development.

Mackenzie’s stock is today worth $63 billion, making her the second richest woman in the world, behind 67-year-old L’Oréal heiress Françoise Bettencourt Meyers.

Bezos is now in a relationship with former TV journalist Lauren Sanchez, 50. 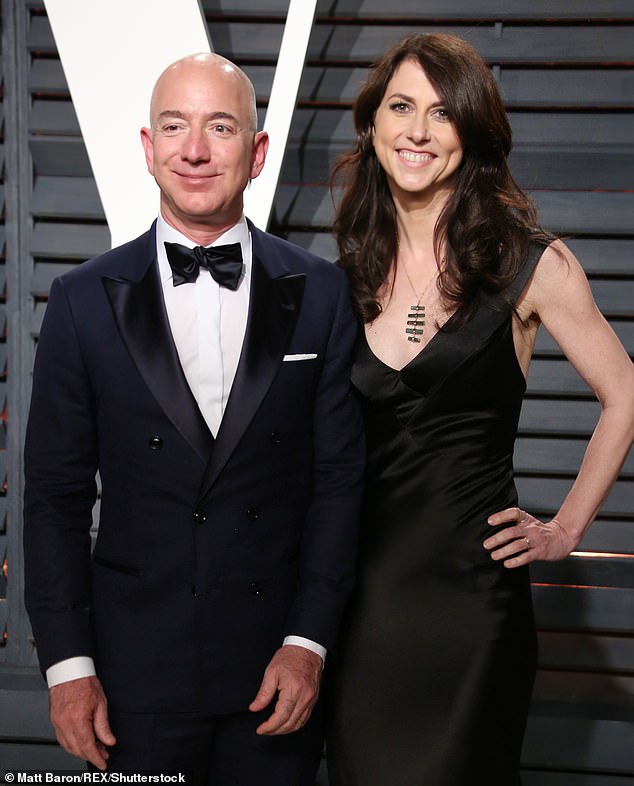 Jeff and Mackenzie Bezos, pictured in 2017. They finalized their divorce in July 2019 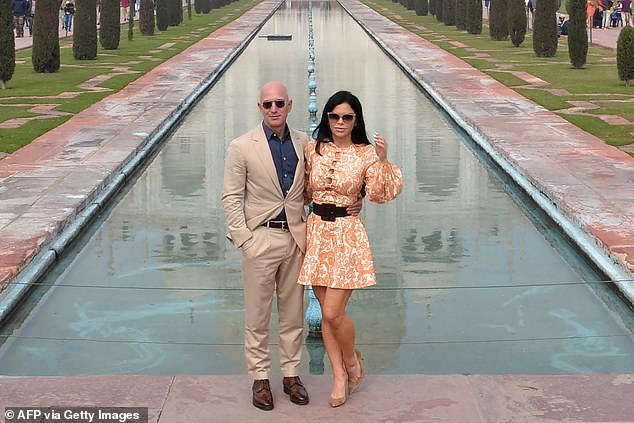 Bezos, 56, has since January 2019 been in a relationship with Lauren Sanchez, 50 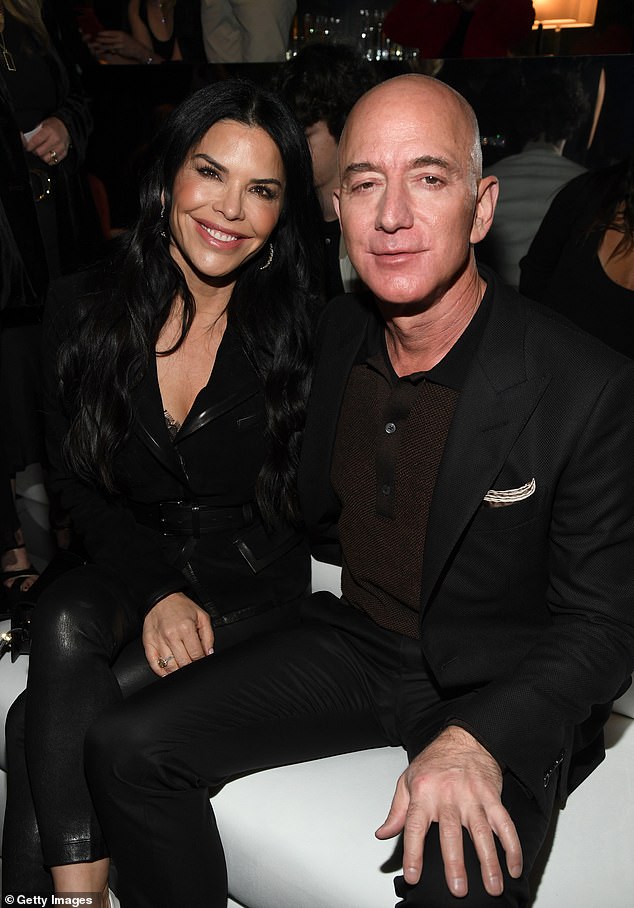 Bezos, pictured with Sanchez in February, gave his ex-wife Mackenzie stock worth $63 billion

Amazon has seen its stock price rise nearly 80 per cent since the beginning of the year, as the coronavirus pandemic forced people to remain in their homes .

Bezos was worth roughly $115 billion on January 1, but has seen his wealth increase by more than $85 billion since then.

His epic payday came while Amazon workers were protesting that they did not have enough PPE to protect them during the pandemic.

More than 130 Amazon warehouses have had confirmed coronavirus cases, according to the worker advocacy groups that have helped organize Amazon employees.

Amazon requires workers to wear face masks and takes temperatures of workers, and the company says it has spent more than $800 million in the first half of 2020 on COVID-19 related improvements for hourly employees and partners, including raising wages by $2 an hour through May 16.

Amazon has said it began deep cleaning high-touch areas, such as elevator buttons, door handles and handrails, in late February and early March.

Masks were made available and required of all workers starting April 15 and a couple weeks later started a process of disinfectant spraying called ‘fogging’ in its warehouses, the company said. 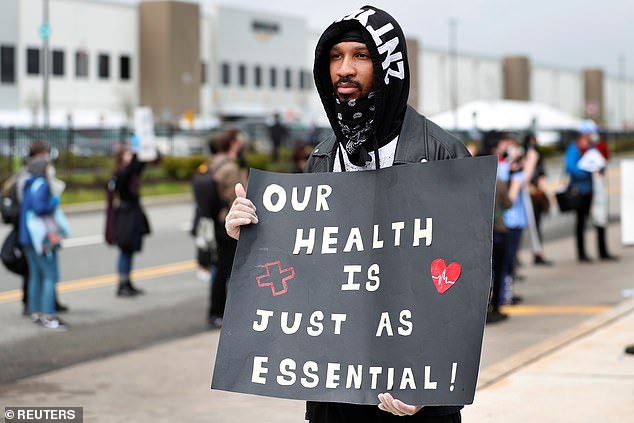 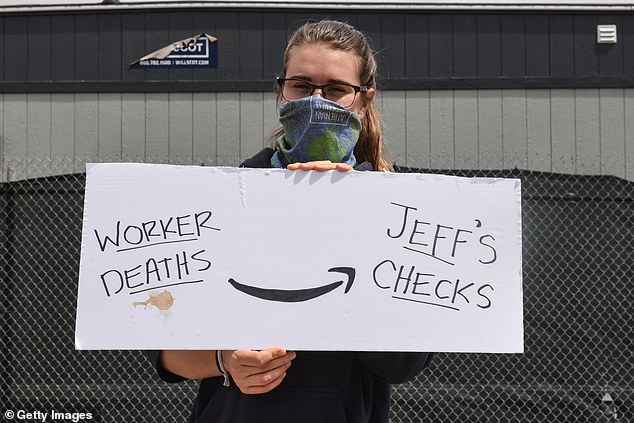 In May employees demonstrated outside the Staten Island warehouse of Amazon

Yet the Seattle-based giant has faced months of criticism for its handling of the pandemic.

On April 21 more than 350 workers from about warehouses across the country signed a pledge vowing not to work that week, saying Amazon’s measures to protect them against the coronavirus or provide them with paid sick leave had fallen short.

On May 1, handfuls of protesters walked from their work stations in protest.

And on May 4, a senior engineer at the company, based in Vancouver, quit in protest at Amazon’s handling of employee concerns.

Tim Bray, a vice president with the company’s cloud-computing division, said in a post on his personal blog that he resigned ‘in dismay at Amazon firing whistleblowers who were making noise about warehouse employees frightened of COVID-19.’