Shoppers have raided some supermarket shelves after Boris Johnson‘s lockdown announcement for England – but chains insist they still have good availability.

Other pictures showed empty frozen food shelves, a lack of fresh bread and low supplies of toilet roll at a Tesco in Huntingdon, Cambridgeshire, this afternoon.

And photographs taken at a Sainsbury’s branch in the St Philips area of Bristol this morning showed gaps on the shelves in the fresh fruit and vegetables aisles.

However, retailers insisted they have enough products in stock along with regular deliveries to their stores and encouraged customers to shop as normal.

Supermarkets have seen their websites come under pressure after shoppers raced to book deliveries ahead of the new national lockdown in England. 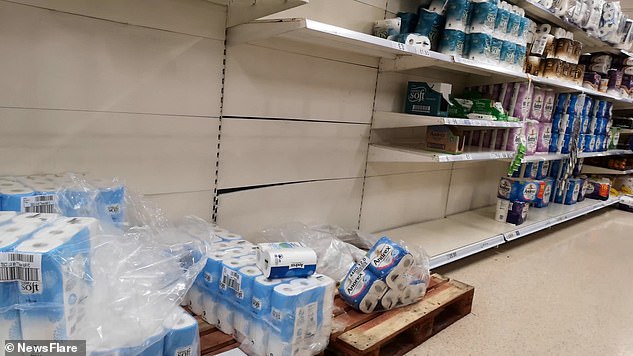 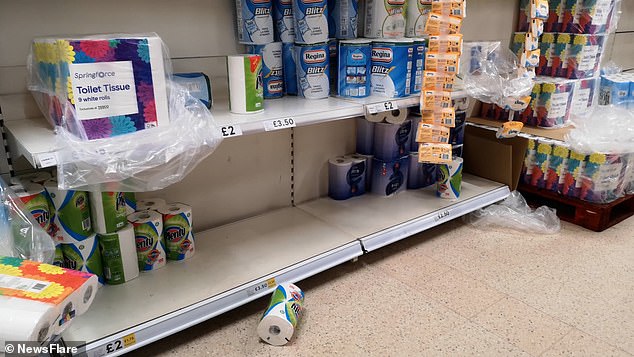 Sainsbury’s app came under huge demand, while Tesco also experienced issues and Morrisons and Ocado were forced to place shoppers in virtual queues.

Websites appeared to be running largely as normal today, but with little availability left for home delivery slots.

Sainsbury’s said it had temporarily limited access online to ‘manage high demand for slots and updates customers were making to existing orders’.

A spokesman also insisted the retailer had good availability and regular deliveries to its stores, so it encouraged customers to shop as normal. 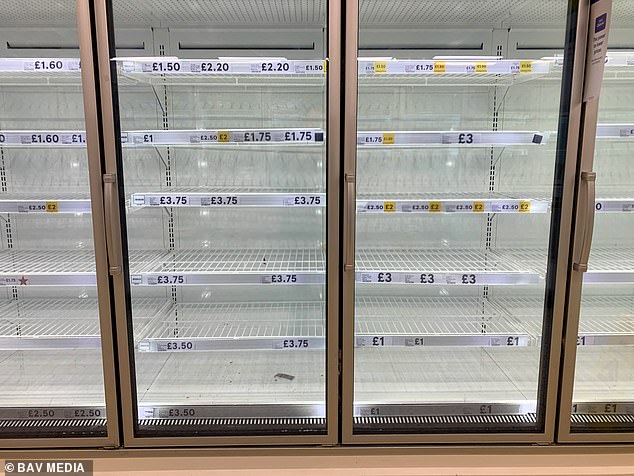 Empty frozen food shelves at a Tesco in Huntingdon, Cambridgeshire, this afternoon 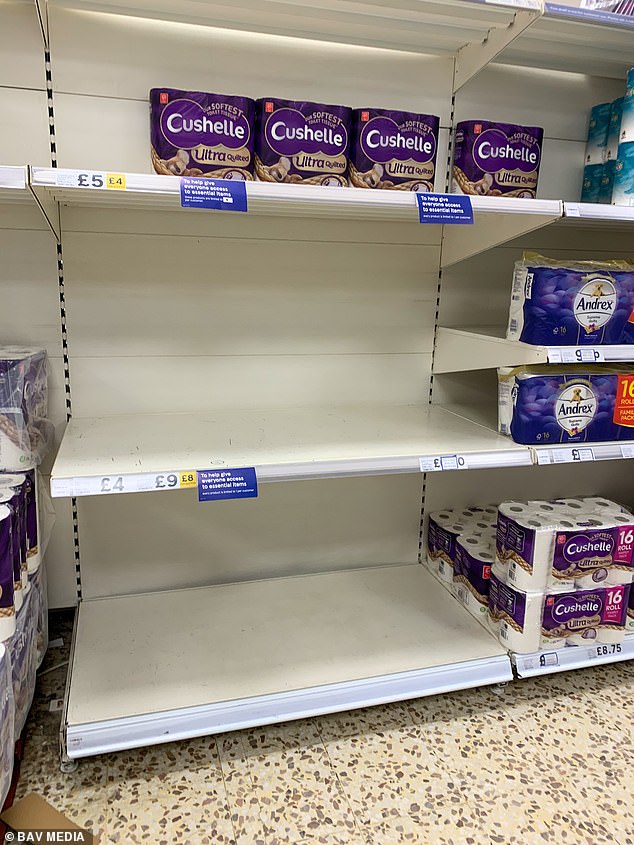 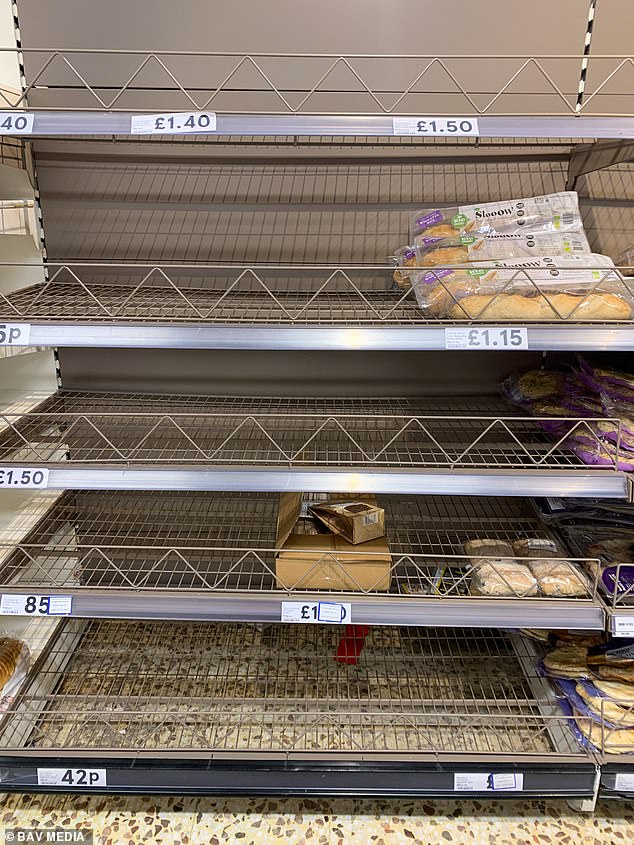 Tesco said bosses were holding discussions to review the item limit for online baskets, as well as product restrictions across popular items such as toilet rolls, antibacterial wipes and pasta.

A Tesco spokesman said: ‘We have good availability in stores and online, with plenty of stock to go round, and we would encourage our customers to shop as normal.’

The retailer added that it had increased its online delivery slots to 1.5million per week.

The sector has been flooded with demand amid tightening restrictions over the past two months, with industry figures showing a record month for supermarkets in December.

Britons spent £11.7billion in supermarkets throughout December in their busiest month ever, with trade boosted by the closure of restaurants, bars and cafes across most of the UK, according to Kantar.

The data revealed the record December helped sales jump 11.4 per cent to £32.7billion over the 12 weeks to December 27. 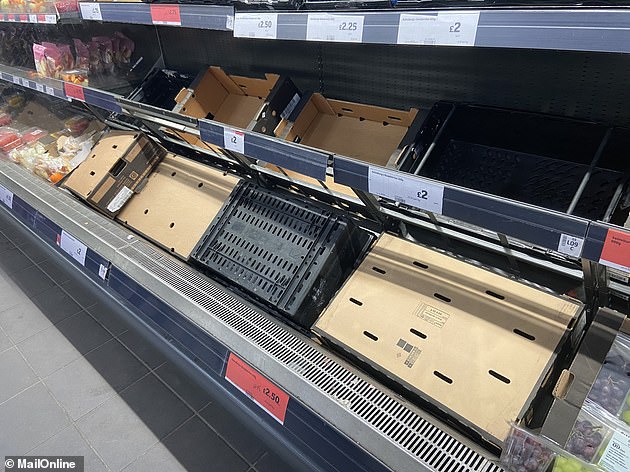 Empty shelves at a Sainsbury’s store in St Philips, Bristol, are pictured this morning

Some prepared veg options were unavailable at a Sainsbury’s store in St Philips, Bristol, today

Some baskets at a Sainsbury’s in St Philips, Bristol, were empty when photographed today

Like-for-like sales were up 8.5 per cent over the nine weeks to January 3 and were up 8.3 per cent in six months to the same date, helped by strong sales online and increases in its wholesale business.

Kantar said supermarket trading was boosted by the £4billion that would normally have been spent on food and drink outside the home over the Christmas season.

The report also showed online grocery sales accounted for 12.6 per cent of total spend in December, compared with 7.4 per cent in 2019.

Online specialist Ocado ended the year as the country’s fastest growing retailer after a 36.5 per cent sales surge over the festive quarter.